Intelligent Barcoding -Printing barcodes on documents output by Windows, SAP R/3 and ECC, Oracle or even your own custom application, is easy with BarDIMM Pro and BarSIMM. Your HP LaserJet printer will instantly become proficient in producing high quality 1D and 2D barcodes at high speed. . 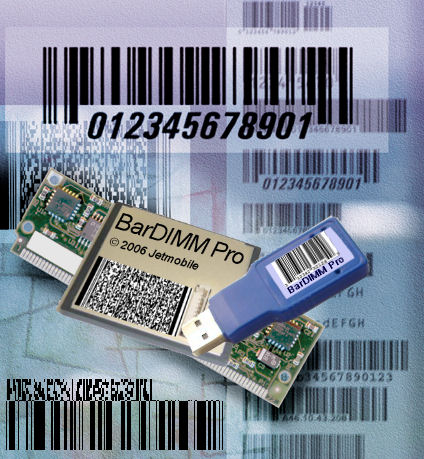 The BarDIMM™ Pro and BarSIMM™ solution has become the most complete and simple product to quickly and accurately print barcodes on HP LaserJet printers.

Unlike some barcode solutions, which merely add fonts to a PC or printer, BarDIMM Pro actually extends the PCL5 language. Barcode formatting, error detection, and checksum calculation are performed by the BarDIMM firmware, reducing the load on the host and the network. Barcodes can be printed in almost any size or rotation, bar width, and height. Caption text can be embedded in the bars or printed above or below the bars in a variety of fonts and sizes (including Code 128 PayPoint barcodes).

The Advantages of BarDIMM Pro